The Sydney Harbour Bridge is the world’s largest steel arch bridge and acts as a passage for rail, vehicular, bicycle and pedestrian traffic between the Sydney central business district (CBD) and the North Shore. For the last 80 years, the bridge has been an international icon of Australia and all the social benefits associated with it are immeasurable. But what about all the steel, concrete, manpower and all the other impacts involved with the construction of the bridge. Has it paid itself off from an environmental perspective? Using historic Australian records of the construction of the bridge, an eTool LCA was conducted to quantify and compare the results and benefits for both society and the planet.

Here are some interesting results:

Carbon impact of materials is dominated by imported steel for the arch followed by concrete for foundations.
Assembl­y impacts are very low when compared to total construction impact due to the use of cranes and manual work (6 million hand driven rivets!)
Transportation impacts are associated with materials transportation, especially the 79% imported steel from the UK.
Recurring painting maintenance and repair work represents only 6% of total embodied impact and will significantly increase bridge life.
Global Warming Potential (tonnes of CO2e)

The predicted design life of the bridge used in the LCA was 300 years. This is another interesting topic because since the bridge is built with independent steel structures, the parts that present structural problems that can’t be repaired on site are replaced with new ones.

So, using eTool LCA results we were able to compare the embodied carbon impacts of the bridge with the operational carbon savings in reducing distances and fuel combustion. The distance from Cammeray to Sydney passing through the bridge nowadays is 7 km and the route before the bridge via Gladesville was 17.6 km. Calculating CO2 emissions associated with fuel combustion savings over all these years and the average amount of vehicles crossing the bridge everyday, it represents a total savings of 11,850,720 tCO2e. The embodied impacts of construction achieved a carbon pay off due to transport fuel savings around 1955, and since then with the growth in transport across the bridge, have been repaid a further 35 times!

Whilst researching the LCA, we had a chat with Peter Mann, the asset manager of the bridge, who thinks the bridge will last another 300 years under the current maintenance regime. The bridge will potentially pay itself off a couple hundred times by then, which is an incredible environmental payback on an infrastructure project.

This is a great example of just how powerful LCA analysis is when evaluating infrastructure.
eTool LCA was designed to be totally scalable and used in any project from infrastructure to commercial and residential.

Contact us for more information about designing with eTool and getting the best outcome for your next project.

This assessment was conducted by Henrique Mendonca.

An update – Is the LCA on the Sydney Harbour Bridge too simplistic?

Absolutely!  Conducting an LCA on something as complex as the harbour bridge is much more complex than assessing a single product or building.  The reason being is that its influence is far reaching.  In a simple product LCA, practitioners will normally use an attributional method of assessing impacts.  In the case of a large piece of infrastructure that has far reaching influence, it’s more appropriate to use consequential analysis (see this article for more info  http://eco-efficiency-action-project.com/2010/03/01/attributional-versus-consequential-lca/ ).

We definitely simplified the assumptions around the consequences of the bridge being built verse not being built.  We assumed the vehicle movements from north to south would not have significantly changed with or without the bridge.  This is incorrect for a number of reasons:

However, after conducting this simple analysis, the advantages of the bridge were so clear that making further assumptions about how the bridge has influenced the above behaviour didn’t seem worthwhile as it is very unlikely it would have changed the overall result.  It may have doubled the payback period, but would not have changed the result from net positive to net negative.

The other part of the analysis that is quite important here is the forms of transport we didn’t mention. We just assessed the impact of reduced car use.  We didn’t assess the even greater efficiency advances associated with train, tram (up to 1958), bus, bicycle and pedestrian use.  In fact, nowadays, nearly 20% of people crossing the bridge daily are not travelling by car.  Furthermore, there have been significant policy changes that have impacted the bridge’s influence on sustainability. Originally the bridge had 6 vehicle lanes, 2 tram lanes and 2 train lanes;  the trams more than likely carried more passengers than the vehicle lanes during their tenure.  That’s not to say trams and trains (driven by largely coal fired electricity) are the silver bullet to sustainable transport either, however they are a vast improvement on typical car use.

Was there a more sustainable option?

Of course, for example, if in 1923, instead of initiating construction of the bridge we had been able to halt car sales and development of transport infrastructure we could have avoided an incredible increase in carbon emissions in the Sydney region due to transport. Perhaps a bit extreme? This debate is a big can of worms, and halting development isn’t actually a prerequisite of sustainability.

It turns out that due to education and health (very nice by-products of development) the human population on earth is set to stabilize at about 9 billion people.  (http://www.youtube.com/watch?v=fTznEIZRkLg&feature=relmfu)

At that level we could afford to emit about one tonne of carbon per person per year and the earth would be able to naturally draw this from the atmosphere. So our brief is to determine a lifestyle that accommodates 9 billion people on one planet.

For the harbour bridge, this probably would have meant two vehicle lanes (for buses and unavoidable commercial traffic run on biofuels and renewable electricity), an extra cycle lane or two, four heavy rail lines and four light rail lines (both run on renewable electricity).
So we have a few paradigm shifts to make before we reach this utopia (imagine it, it will be fantastic) but it’s not unrealistic over the next 80 years of the harbour bridge’s lifespan (think of where the world has come in the first 80 years since the bridge was opened, it would have been very hard to imagine in 1932).  On another positive note, it’s possible that “peak unsustainability” per person has probably been surpassed in Australia, we are finally trending the right direction. 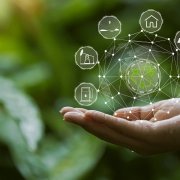 Join Us For Open House Perth